The Grand Tour of Lanzarote offers you the opportunity to discover the island’s most beautiful and iconic places in just one day.

The first landmark of our excursion is Salinas de Janubio. Although we will view it from the bus, we will still be able to appreciate why it has been declared a Protected Natural Space both for its history and for its unique salt formations. 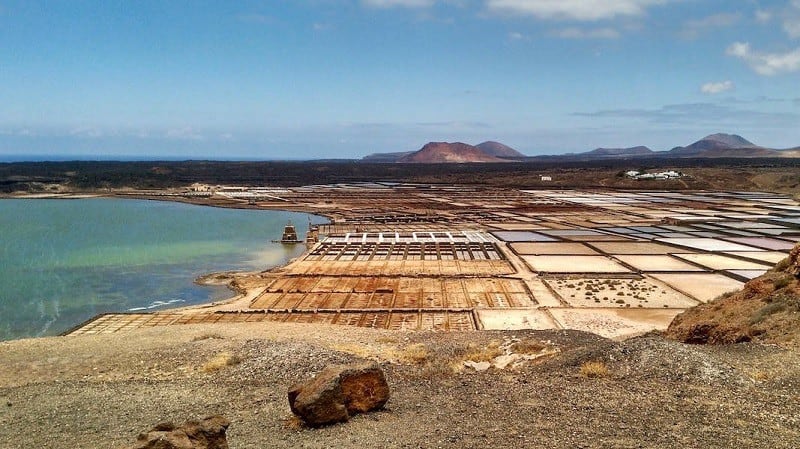 Shortly thereafter, we will arrive in the coastal village of El Golfo in order to see the Laguna Verde (Green Lake), one of the island’s natural symbols. The lake gets its intense green colour from a type of algae that lives in it, and its water is filtered from the nearby Atlantic Ocean. The contrast between the green of the lake with the dark colours in the volcanic environment and with the blue of the neighbouring seawater make this landscape one of the most beautiful on the island. 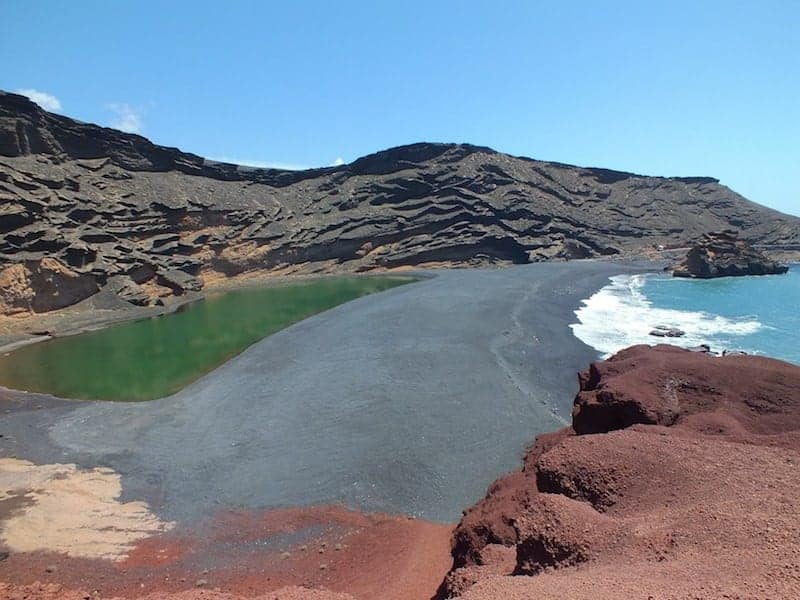 We will continue our tour by heading toward the town of Yaiza in order to enjoy one of the island’s most popular activities: riding a camel through the volcanic lands of Timanfaya National Park. It is an optional activity on our tour, but more than half a million people do it annually, and you can also enjoy it for only 6 euros. 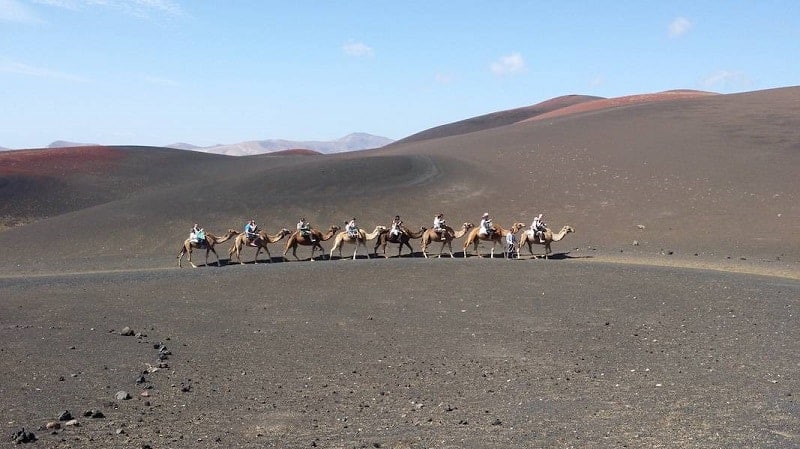 Upon arriving at Timanfaya National Park, we will discover that this 50 square kilometre area originates from two periods of relatively recent volcanic activity. Specifically, this territory arose through successive eruptions that took place between 1730 and 1736, and later from another eruption in 1824. Those dates are so recent that when visiting the park, you will discover that you are standing in an enormous caldera, with temperatures over 600 degrees just a few metres below your feet. 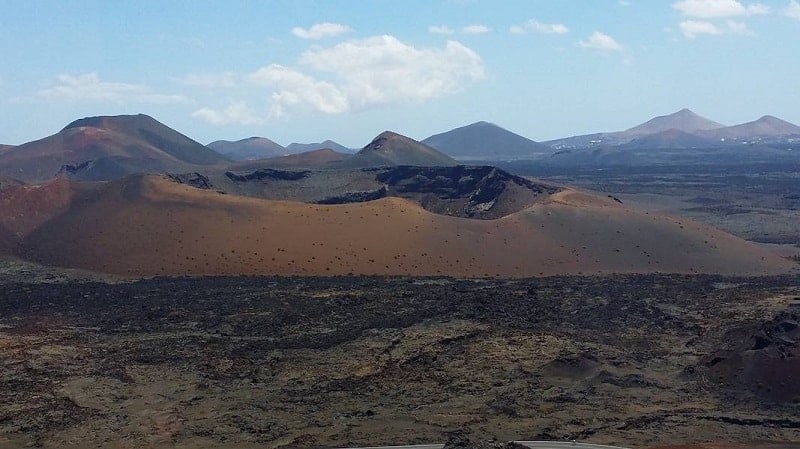 You can see it for yourself through various experiments that we’ll perform once we arrive at a place called Islote de Hilario. In one of those experiments, you will see how a small bit of tinder burns when placed only about a metre underground. In another experiment, you will observe how a geyser is formed when pouring water into subterranean tubes about 10 metres deep. In short, they are simple experiments that will help you understand why this place is known as the Mountains of Fire. 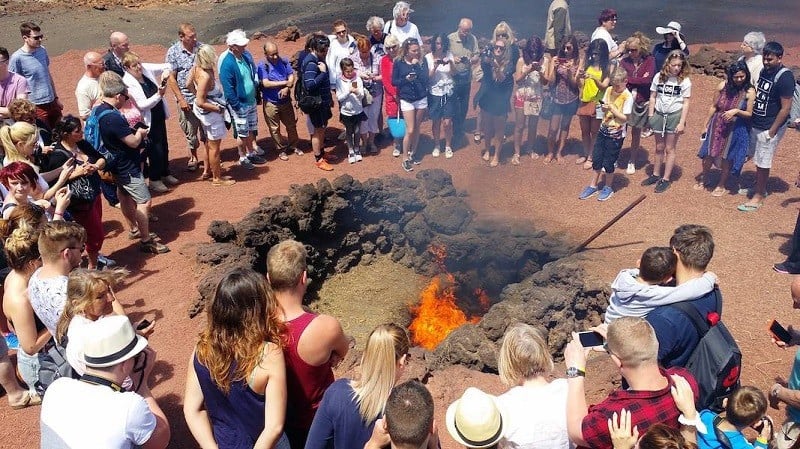 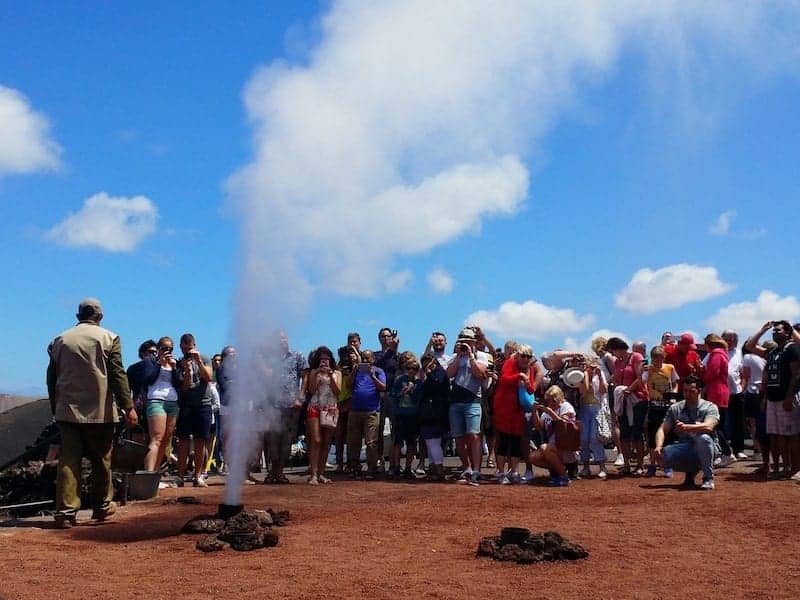 This force of energy hidden below the surface is advantageous, for example, in the Restaurante Mirador del Diablo (Devil’s Lookout Restaurant), where we will go next. It was designed by the great artist César Manrique and includes an enormous barbecue that is seven metres deep, which uses the heat that emanates from underground. 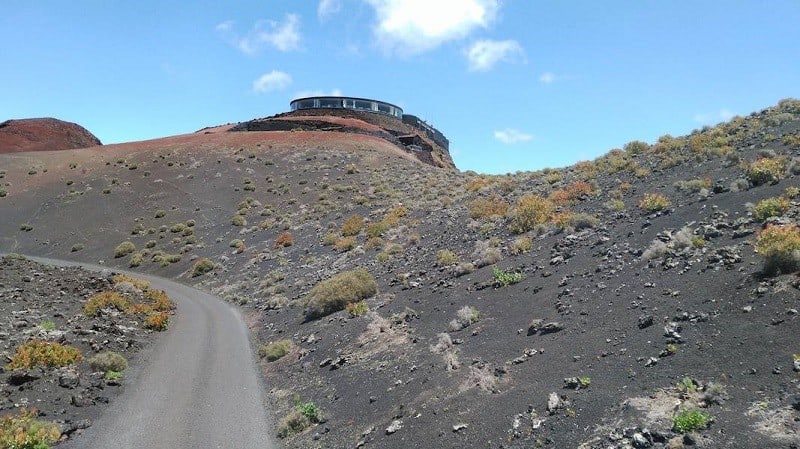 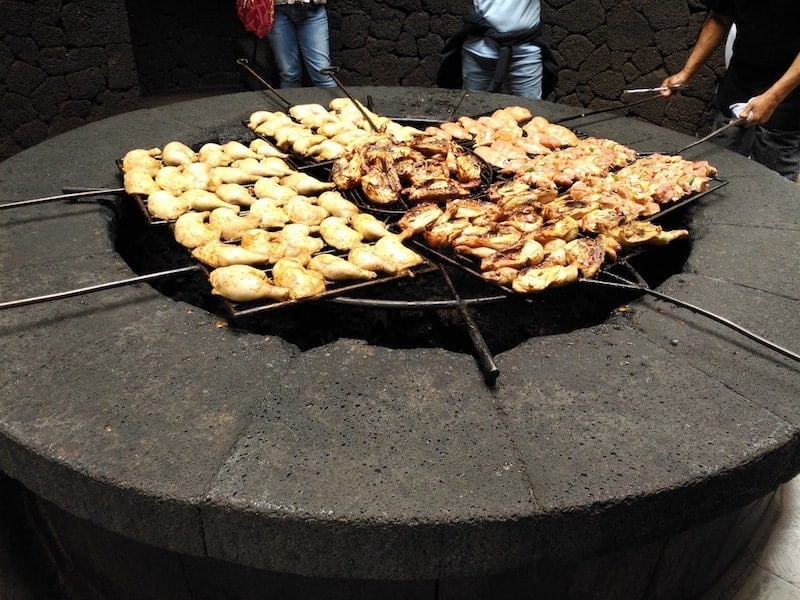 Our visit to Timanfaya National Park ends with an hour-long bus tour along the so-called Volcano Road, which is only accessible by bus. In this part of the tour, you will discover desolate lands full of craters, rivers of lava, capricious rock formations and incredible compositions of natural colours. 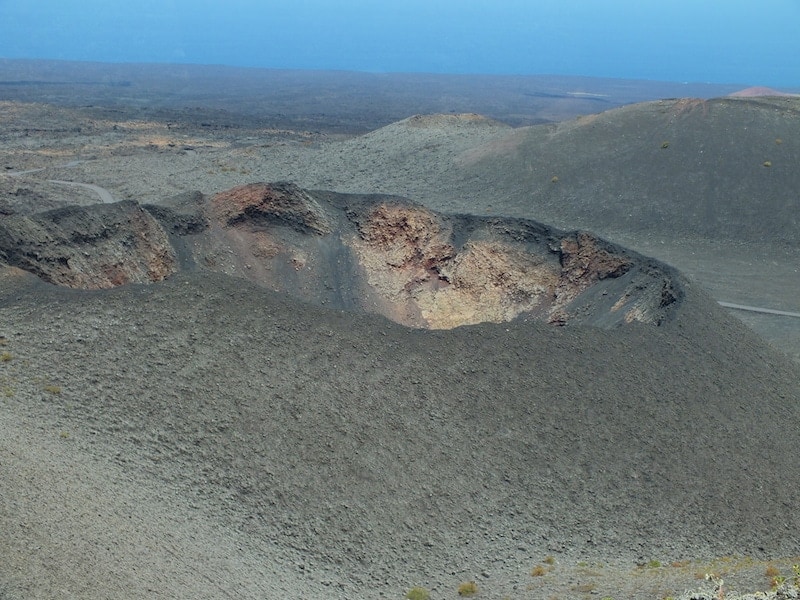 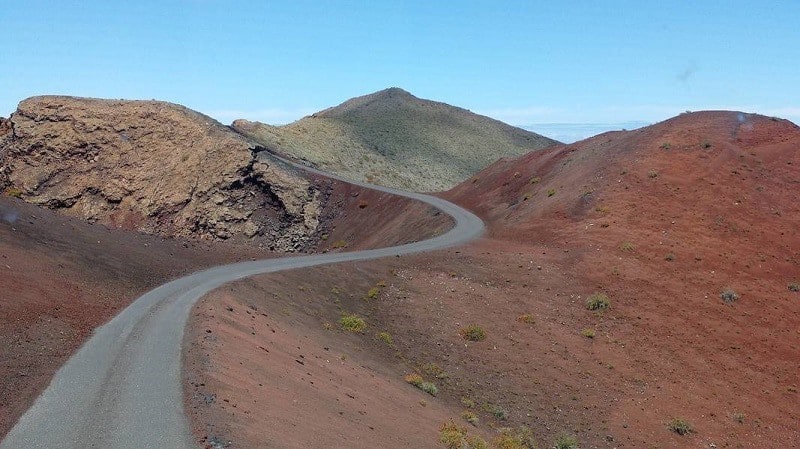 At the end of the visit to the Park, we will head toward the vineyard area of La Geria, where you will be able to see the unique way that the vines are cultivated in the volcanic soil, half-buried between small volcanic rocks and protected from the wind by walls of larger volcanic rocks. The wine from La Geria has the Lanzarote Designation of Origin, and you will have the opportunity to sample two of their most prestigious varieties: the malvasía (malmsey) and the muscatel. 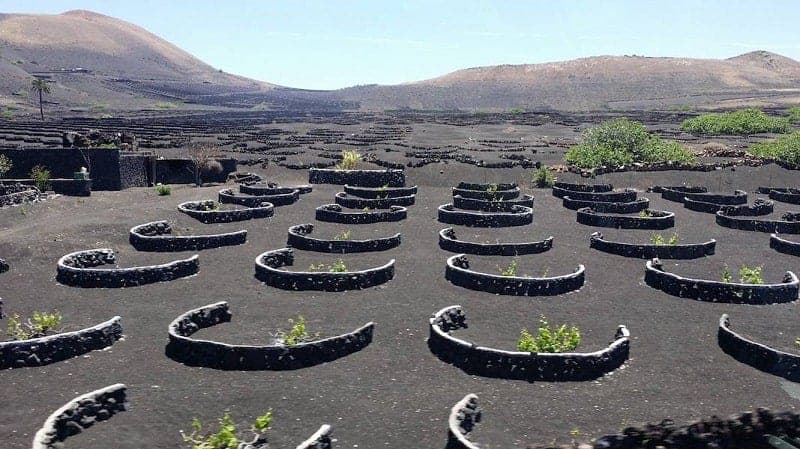 Very close to here is a restaurant where we will eat. If you would like to have the menu, you just have to say so to the guide when he or she offers it to you on the bus.

After eating, we will continue to the northern part of the island and to the famous Jameos del Agua. But first, we will make a stop at the Mirador de los Helechos (Fern Lookout), a great place from which to admire the environment of northern Lanzarote. There are beautiful places such as the towns of Arrieta, Punta Mujeres and Haria, or the Valley of a Thousand Palms and the foothills of the Corona Volcano. 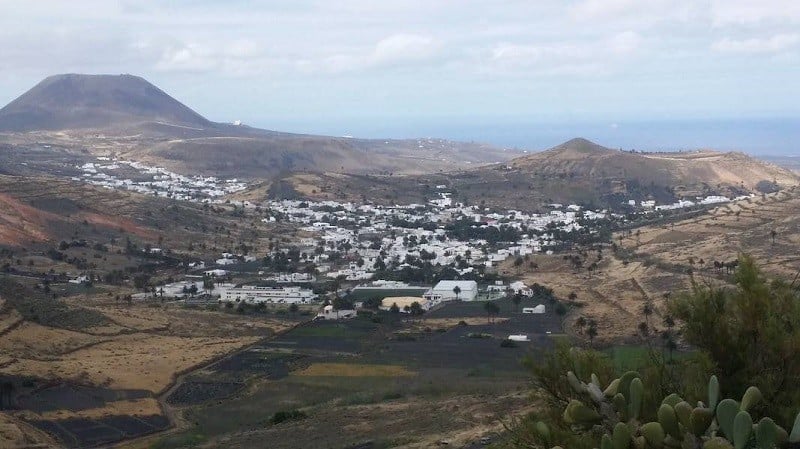 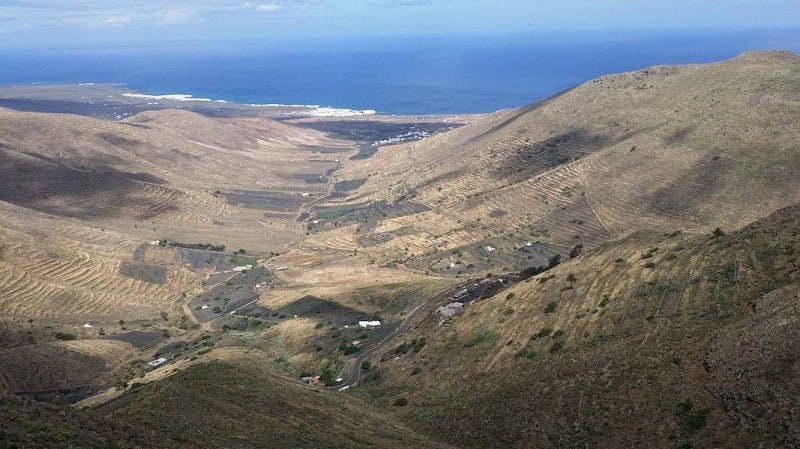 Our final stop of the day will be at the spectacular Jameos del Agua. It is actually a volcanic tunnel that was formed after the Corona Volcano erupted more than 4,000 years ago. Inside the tunnel is a lake formed from the filtered waters of the Atlantic Ocean, since it is located below sea level. 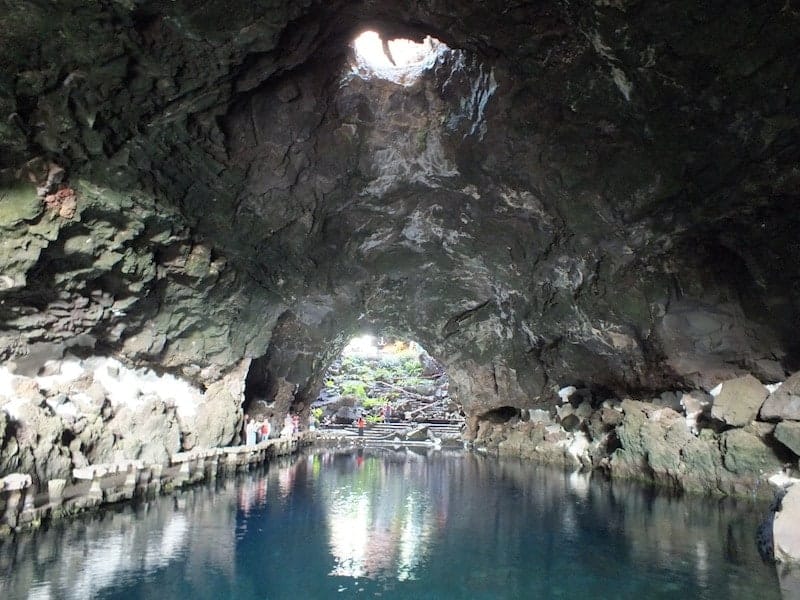 In this lake, you will see some endemic small, blind and albino crabs that live there and that are popularly known as “jameitos.” 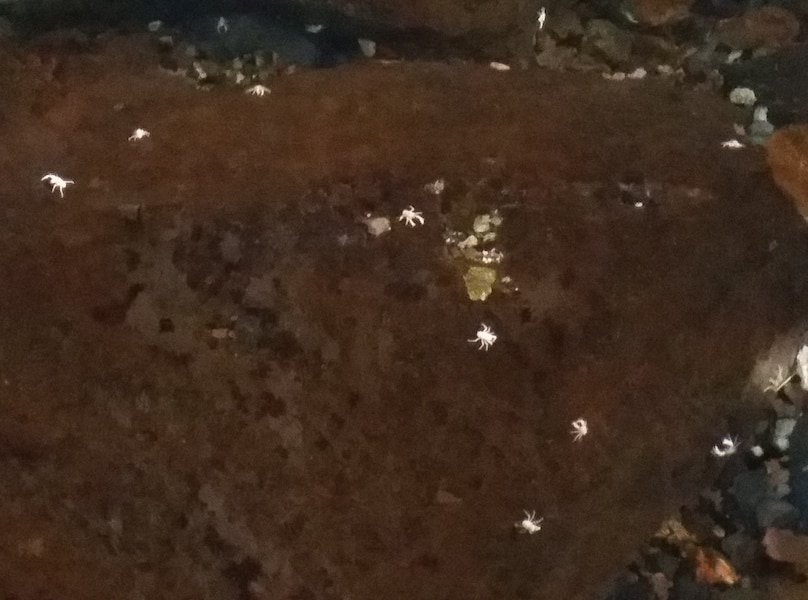 This place would not be quite so magical without the creativity of the great artist César Manrique, who designed an incredible space here that combines art and nature. In addition to a lovely artificial pool, it includes an area known as the Tunnel of Atlantis, a spectacular underground concert hall, and a volcano museum. 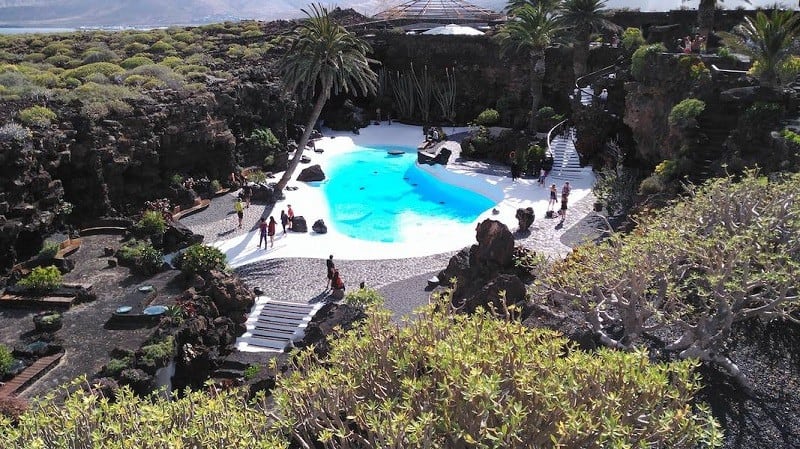 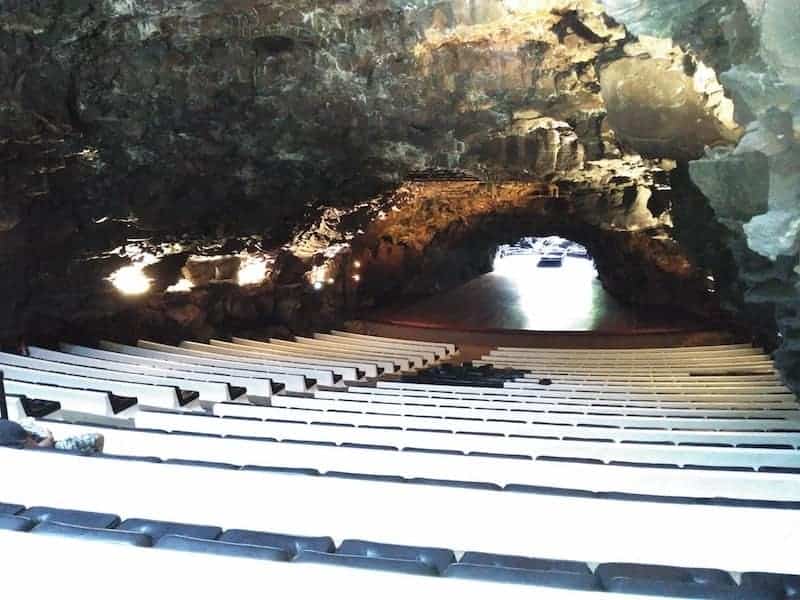 We can’t think of a better place to end our Grand Tour of Lanzarote, a full tour through this marvellous island, replete with volcanoes, up to 110 of them, which are the true protagonists of the island and the true creators of unique places that you’ll never forget.

As you can imagine, throughout the day we will pass through a variety of landscapes and places, so we recommend wearing sturdy close-toed shoes, and although it may be hot, bring some sort of jacket if it is not summer.

There are no reviews yet. 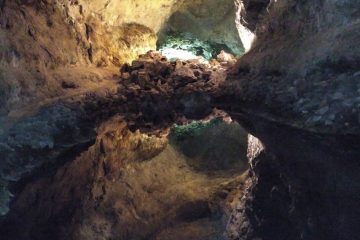 Discover the three greatest treasures that the 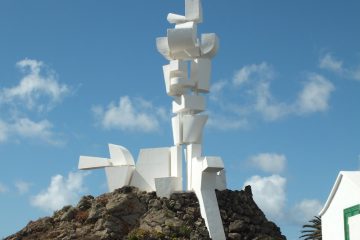 Visit the heritage of the most important 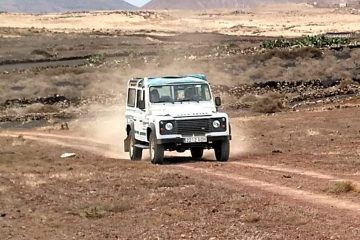 DAYS OF THE TOUR
Tuesday, Thursday and Saturday

NOT INCLUDED
Lunch
Beverage
Other services not specified above.

PICK UP FROM THE HOTEL
Yes, from departure places

¿Questions about the tour? send us an e-mail