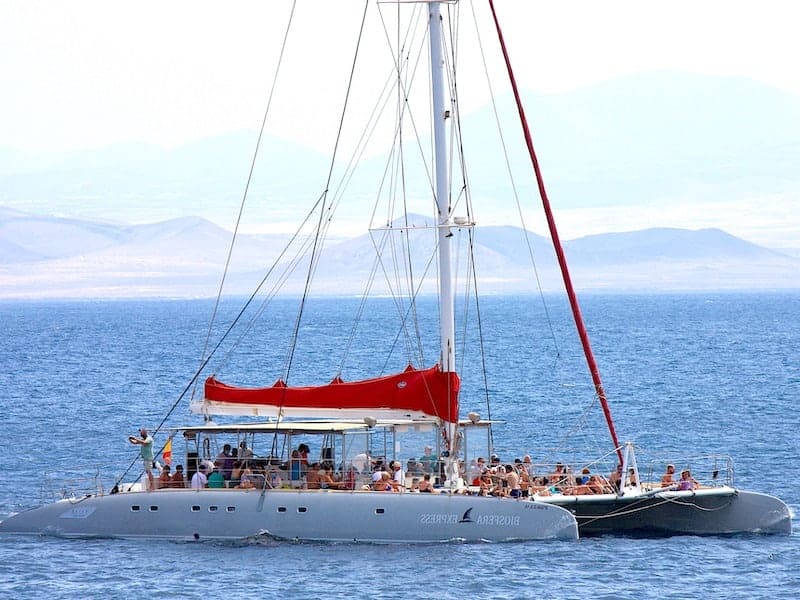 Enjoy a fun and relaxing day on the nearby La Graciosa Island. This experience will undoubtedly be one of the most endearing memories of your holidays in Lanzarote. 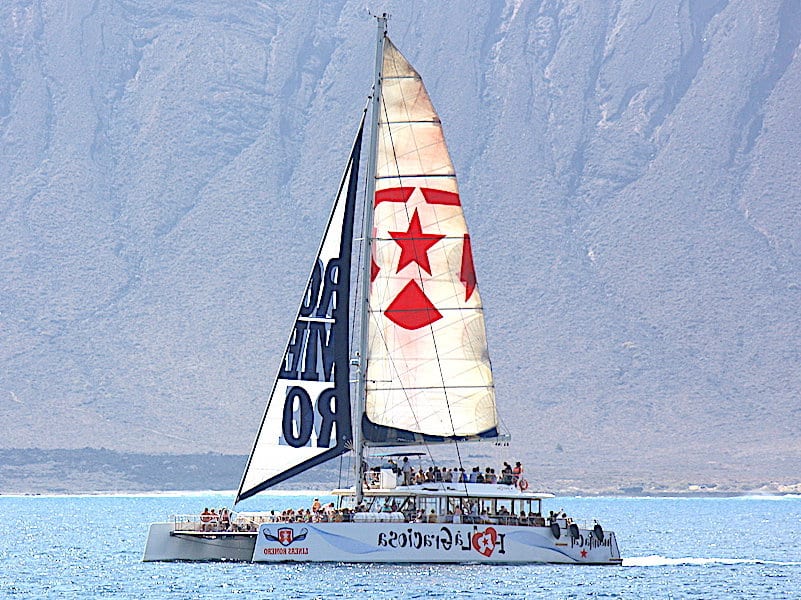 Visit the La Graciosa Island, the eighth island of the Canary Islands, and enjoy 2 pleasant boat trips on an unforgettable day.

Tours and boat trips to discover the Island of La Graciosa

Visiting la Graciosa is one of the most popular boat trips in Lanzarote and one of the top things to do during your holidays.

This is the largest of the Chinijo Archipelago islands, which include La Graciosa and the islets of Alegranza, Montaña Clara, Roque del Este and Roque del Oeste. All of them are located to the north of Lanzarote, separated by barely 2 kilometres of water. Therefore, the locals call that stretch of sea “the river.”

Those five islands constitute Chinijo Natural Park (“Chinijo” is local slang meaning “of a small size”). Although La Graciosa is the most visited island of this archipelago, it is also the only one that is inhabited and can boast that there is not one square metre of asphalt in its interior. Obviously the main way to reach it is by boat, docking at the port of its capital: Caleta del Sebo.

This fishing village is enchanting due to its location, its port, its popular whitewashed houses and its sandy streets. In facts, it could be said that its appearance is very similar to what it could have looked like when it was founded in the mid-19th century, when fishermen settled here to exploit the abundant fishing banks nearby.

After that first settlement, there was another town called Pedro Barba. However, now it is actually an exclusive resort.

Interest in the island is obviously based on its coastline and attractive beaches, as well as landscapes that feature several volcanoes, since it is otherwise a completely flat island. Therefore the area called Las Agujas commands attention, reaching a height of 266 metres.

However, some of the great features of La Graciosa are its colourful beaches, such as Playa Francesa. There are some beaches that are not only great for sun bathing or swimming, but also ideal for contemplating and photographing the great variety of colours, ranging from red to yellow and ochre. In fact, some say that the name La Graciosa comes from such pleasant landscapes full of colour.

If you want to have a magnificent view of La Graciosa from Lanzarote you can do it from the Mirador del Río.